Giro 1998.Part II. Impossible is nothing

Before starting, a little summary about Gardena´s stage

Roberto Conti: When are you going to attack?.

Macro Pantani: When does the Marmolada start?.

Roberto Conti: We´ve already ridden half of it?.

Then Tonkov attacked, Pantani followed and you know ... Marco the new pink jersey.

Francesco Moser: The podium is clear for Pantani, Tonkov and Zulle, we only need the order.

Now Marco was more optimistic, he had overcome Zulle and there were two mountains stages left, the first one with a steep climb to Alpe di Pampeago.

When riders faced the last climb of the day, Mercatone was pushing hard for their leader. Zulle semed to be better than the previous day.

It was the shortest day of the giro and there was a breakaway with Chepe González, who passed first in the climbs of San Floriano and Lavazze, riding alone to Papmeago where he was caught before the climb.

Then in the climb and after surviving to the hard rythm of Mercatone, Chepe started to work ( or at least it seemed that) for Pantani, till his manager Alvaro Pino forced him to stop ... Chepe would get angry and didn´t fight for he remaining kilometers.

With less than four kilometers to go , Pantani attacked, and Zulle couldn,t resist him this time , but Tonkov was riding easily. 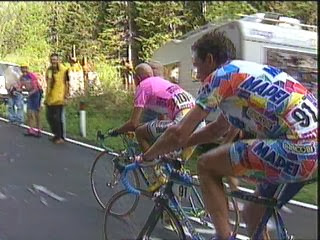 Pantani was noticing that his main rivel could be the Russian rider, but he was tired from the previous day and could not avoid the victory of Tonkov, who became the favourite to win the giro.

Zulle lost 58" and the bonus time, and Guerini lost more than a minute.

The last mountain stage of the giro was scaring, long, very long, and with two great climbs, Croce Domin and Montecampione ( where Hinault destroyed the field in 1982 ... although it was not climbd at the same point, but some kilometers less):

It was a very hot day that Mapei and Mercatone tried to control. It was supposed to be a normal day till the final climb but Zulle struggled in Croce Domini and lost the options to won or even make a podium at the giro. The rider who gained more was Giuseppe Guerini, that could make a second consecutive podium in the giro.

Time for epic, time for Marco, with all the Mercatone team doing their best and with more than 15 kilometers to the finish line, Marco attacked in the approximation of a bend, Tonkov sufferd but took his wheel, and Chepe Gonzalez ang Guerini tried but couldn,t.


It was a time trial for both of them, Marco continued forcing but Tonkov was comfortable behind him


Half of the summit Marco asked Tonkov to cooperate, and Tonkov ride a little, but he was not confident with the Italian, who soon continued with his accelerations.

And with three kilometers left the key moment appeared. Marco noticed that his earring was weighting so much and threw it to the road ... then he accelerated, but Tonkov resisted

nMarco openned a small gap, but Tonkov closed it, but showing the first signs of suffering, and Marco was still pushing hard, and he finally left Tonkov ... with more than two kilometers left, the dream of the giro was becoming possible 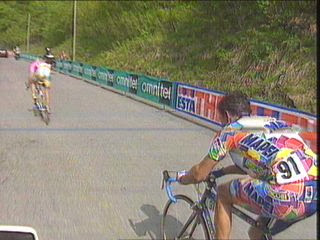 With two kilometers to go, the advantage was increasing. Pantani knew that was his moment and made the pressure 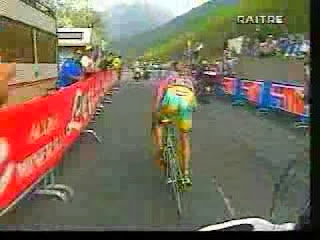 With the flag of one kilometer, the hopes of the Italian tifossi increased, 42" to Tonkov 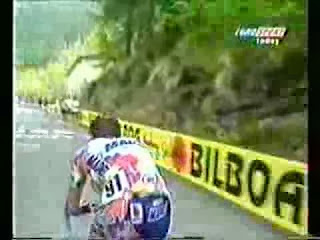 I was excited, the dream was possible. Pantani was going to win his second stage, and was going to face the final time trial with more than a minute, still a difficult bussiness, but possible.


The last meters for Marco , nobody existed, no Zulle, Guerini, Clavero, Camenzind or the others, just Marco and Pavel, just Pantani and Tonkov 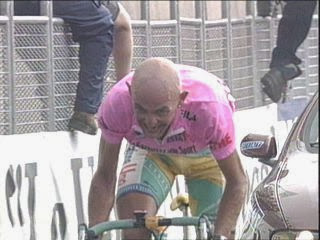 And the win for Marco 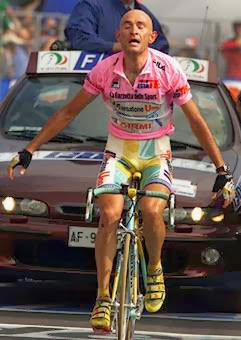 We had to wait Tonkov to know the final gap, and Tonkov who recovered hisself in the last kilometer finally lost 57", with the bonus the advantage of Marco would be 1'28" ... 34 km in Lugano ... enough, who knew, but that was a moment to enjoy.

The third in the stage would be Guerini more than three minutes behind.

Martinelli " I have never seen Marco climbing like today".

Tonkov " I felt very well, and I was thinking in winning the stage but heat destroyed me. Now we are at 50% to win the giro".

The following stage finished with a bunch sprint won by Gian Matteo Fagnini, and now time for the time trial.


But it was a confusing day. Forconi, a teammate of Pantani was disqualified before the time trial due to a high level of haematocrit.( the same than Nicola Miceli ).
And Marco Pantani was called at 6:30 am to be before than 7:00 at the control ... he would appear at 7:17 with a level of 49.2 ( close to the limit of 50 ) ... nobody complaint about the delay ... a mistery that perhaps was the fianl push to Marco in Campiglio a year later.

Tonkov was thought to be the favourite to win the giro , but the references were good for Marco since the beginning, both of them were riding well and in similar times 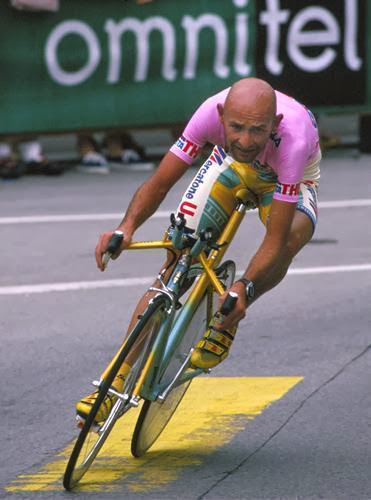 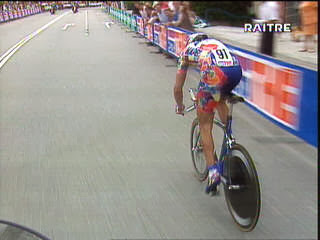 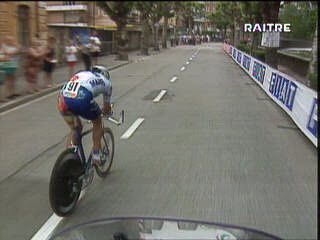 Tonkov was getting close to the finish line, but he knew the Giro was lost ... 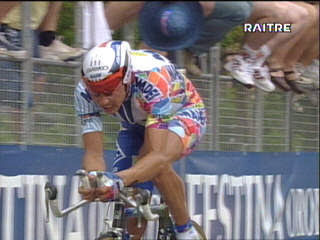 Finally Pantani arrived at the finish line with the third best time, 5 seconds better than Tonkov.


The giro was for him.

Nicola Miceli and Riccardo Forconi had hematocrits above the allowed 50% and were not allowed to start the time trial.
Three riders of Mercatone in the first four positions of the time trial ... and Forconi out, and Marco late in the control ... a shadow over the win ...

Marco was going to win the Giro. Sometimes dreams come true. The Italian was the happiest man in the world. In spite of the suspictions of doping after the last time trial, he had deserved this win for years.


Bad luck seemed to be behind forever ... Pantani had won ... a good hommage to his mentor Luciano Pezzi who was seriously ill ( and would day at the end of June ).

The last stage for Fagnini, the Giro for Pantani, Marco Pantani.

Now, more than 15 years after that Giro, I just can say that it is the race I have enjoyed the most during my life. I watched the best three weeks I can remember in a Grand Tour, and that´s all due to Marco.